The rush may be over, but are NFTs actually in decline? 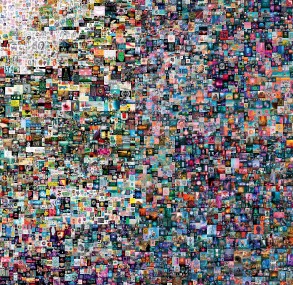 It was described as the Mona Lisa of the digital world and it came with a connoisseur’s price tag: $2.9m for the first tweet by Twitter’s co-founder. This was March 2021 and non-fungible tokens, or NFTs, were bursting into the mainstream. One year on, an attempt to sell on Jack Dorsey’s Twitter debut for $25m was pulled after auction bids topped out at just $14,000. Explosive growth of NFTs over the past 12 months has levelled off, and may be in decline, according to analysis of the sector. The NFT rush in 2021 saw sales of the novel digital assets hit staggering sums. A collection of images by the visual artist Beeple sold for $69m, the main token for the “play to earn” video game Axie Infinity hit $9.75bn and Coca-Cola raised more than $575,000 selling items such as a customised jacket to be worn in the metaverse. The football industry, with former Chelsea player John Terry to the fore, has not been slow to back the craze either. The Dorsey NFT was put up for auction in April by its owner, the cryptocurrency entrepreneur Sina Estavi, who said: “This NFT is not just a tweet, this is the Mona Lisa of the digital world.” Estavi hoped to raise more than $25m and offered to donate half his takings to charity. When bids reached just $14,000, he pulled the auction. Non-fungible tokens are so-called because, unlike similar technologies such as bitcoin and ethereum, each is in some way unique. That means they can be applied to more than simple currency-style uses, and in the past few years NFTs have been adopted by people to turn art, music, games and trading cards into digital assets. NFTs use a blockchain – the decentralised ledger first used by bitcoin to track ownership of the cryptocurrency – to record who owns them and allow them to be traded or modified. But most are based on the ethereum blockchain, which is maintained through an extremely carbon-intensive system called proof of work. A report published last week by Chainalysis, a blockchain data firm, said collectors have spent $37bn this year up to 1 May, putting them on track to beat the $40bn spent in 2021. However, it said that last year’s “explosive” growth had “levelled off ”, with a sharp dip since February. Chainalysis said transaction growth had come in “fits and starts” since the middle of last year except for two big spikes: the release of Yuga Labs’ Mutant Ape Yacht Club collection in August 2021; and a surge in late January this year. Other beneficiaries of the boom have seen their value collapse. Axie Infinity was the flagship example of the “play to earn” sector in gaming. Players could spend thousands of dollars on a Pokémon-style virtual pet, and then play games to win tokens that could be traded for real cash. At its peak, the game redistributed enough money to in effect pay the wages of thousands of players in the Philippines, but as new players dried up, the value of its token – and rewards – crashed, bringing the organisation’s market cap from $10bn in November to less than $2bn. A $500m hack in March, attributed to North Korean statesponsored attackers, has not helped. But some NFT projects have thrived. The most prominent, such as Yuga Labs’ Bored Ape Social Club or Proof Collective’s Moonbirds, serve as signifiers of membership to an exclusive club, and as the industry has consolidated around a few large players, interest in their releases has skyrocketed. When Yuga Labs released its most recent NFT, a set of 55,000 “otherdeeds” representing ownership of virtual land in a forthcoming videogame, the rush to buy the $6,200 tokens overwhelmed the ethereum blockchain. Transaction fees shot up to more than $3,000 a trade, affecting not only those trying (and in some cases failing) to buy the other deeds, but also anyone trying to use the ethereum blockchain. One unrelated trade saw a $25 NFT sold in a transaction that cost more than $3,000 to execute. Ethan McMahon, economist at Chainalysis, said: “The ‘blue chip’ names like Bored Ape Yacht Club have more price stability than new entrants that may get hot and then fizzle out.” The decentralised nature of the NFT market means there are even disputes about the nature of the crash. While specific NFTs have lost millions of dollars of value, the industry’s health depends on who you ask. Despite the digital Mona Lisa losing its lustre, NFTs remain a multibillion-dollar market.