This summer, the Uffizi gallery in Florence threatened to sue Pornhub for using its masterpieces in a “classic nudes” video. “Some people think of museums as boring, stuffy or dull,” said the adult streaming site. “But what if we told you they housed a collection of priceless porn?” The video re-enacted erotic scenes from art history using works including Botticelli’s Birth of Venus, housed in the Uffizi. Pornhub swiftly took down the unauthorised nudes, prompting debate about who controls the copying of cultural artefacts that are in the public domain and long out of copyright. Traditionally, museums have been protective of high-resolution versions of their artworks, charging stiff fees for photos or venue hire – to protect copyrights, prevent forgeries and control lucrative brand deals. In 2019, the Uffizi made about $1.1m from the sale of photos of its collection. That year, global sales of licensed goods were worth $293bn, with the art and non-profit sectors seeing the highest growth. Museums are capitalising on the intellectual property of their priceless pieces, in unexpected collaborations, from luxury lingerie to KFC packaging. China leads, with Beijing’s Palace Museum reportedly making $222m through product sales in 2018. These deals offer a lifeline after Covid triggered a plunge in visitor numbers. Visitors to the V&A in London fell by 97% to 130,000, forcing it to cut opening hours to five days a week. But as in-person activity slumped, sales of licensed goods rocketed. “Consumers have been decorating their homes with new furnishings, wallpapers and wall art, which plays to the strengths of the V&A’s archives,” said Lauren Sizeland, the museum’s head of licensing. Since 2019, the Louvre in Paris has stepped up its licensing efforts, teaming up with DS Automobiles, the Swiss watchmaker Swatch and the macaron bakery Ladurée. The Louvre’s brand partnerships reportedly generated $5m in 2020, compared with $3m in 2019, according to Le Monde. But corporate gigs have riled those who fear museums’ cultural heritage is under threat. In 2019, the Louvre partnered with Airbnb on a competition to spend the night in its galleries. Ian Brossat, Paris’s deputy mayor of housing, wrote to France’s culture minister that “this use of a public institution for commercial purposes by a digital giant is a shocking political gesture”. Others question why galleries should be free to profit from artworks no longer bound by copyright. As the internet has led to an explosion of low-quality copies, institutions are rethinking their strategy. Covid has accelerated open-access digitisation. Last year, the V&A’s online portal, where visitors can search and view images of 1.5m objects from its collections, had record engagement. The Rijksmuseum in Amsterdam goes further, letting audiences download high-resolution photos of its collections, which includes Rembrandt, Vermeer and Van Gogh. Taco Dibbits, the director of collections, explained: “If they want to have a Vermeer on their toilet paper, I’d rather have a very high-quality image … than a very bad reproduction.” 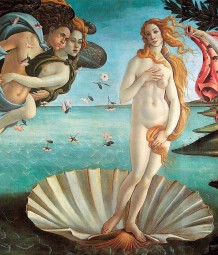