A man crosses a blocked road on the outskirts of Delhi as fireworks explode during celebrations marking an announcement by India’s prime minister Narendra Modi that he would repeal three contentious farm laws that had prompted a year of protests and unrest in India, in one of the most significant concessions made by his government. Last week’s U-turn was a huge victory for India’s farmers, who fought hard for the repeal of what they called the “black laws”. Modi remained adamant that the reforms were necessary, but acknowledged that they were unfeasible given the fierce opposition. He had passed the laws in 2020 in an attempt to overhaul India’s archaic agriculture sector by rolling back farm subsidies and price regulation on crops. The agriculture sector still employs about 60% of India’s workforce, but is riddled with issues of poverty, debt and inefficiency. However, the laws quickly became a source of contention among farmers, who accused the government of passing them without consultation. They said the reforms put their livelihoods and farms at risk and gave private corporations control over the pricing of their crops, which could crush smallholder farmers. After the government refused to repeal the laws, hundreds of thousands of farmers marched to Delhi’s borders, met on the way with barricades, teargas and water cannon, and set up protest camps along the main highways into the capital. Tens of thousands of farmers have remained at camps around Delhi ever since. Last Friday, farmer leader Rakesh Tikait said the protesters would not disband their camps until the act of repealing the laws had been carried out in parliament. He also emphasised that more than 700 farmers had died in the past year during the protests against the farm laws. Hannah Ellis-Petersen 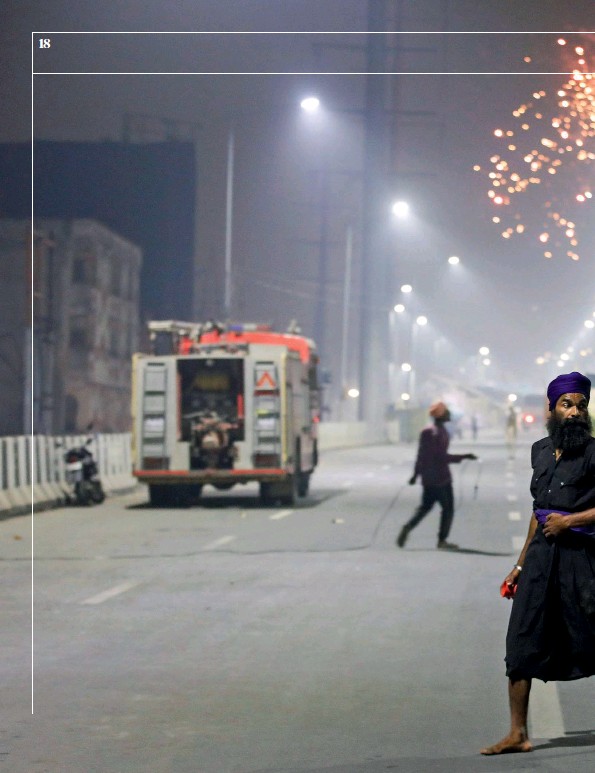 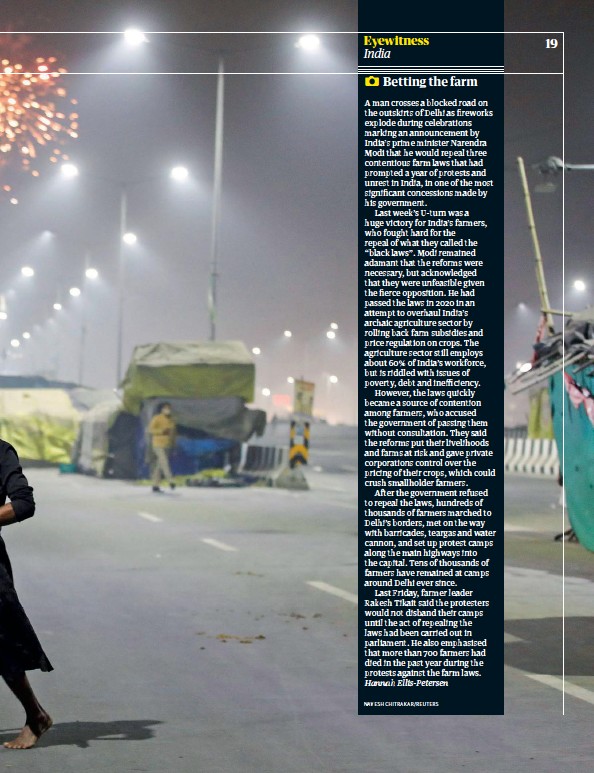