Strolling along Padstow harbour, Grace Kent and Dr Robert Hayford are tumbling into each other’s eyes over fish and chips, paisley scarves blowing in the breeze. Yet in spite of the quintessentially English setting, they whisper their sweet nothings in German. This is a scene from Wie verhext, which translates as Bewitched, a German TV production that premiered in national broadcaster ZDF’s Sunday prime-time slot last month. Inspired by the short story Tea With a Witch by the British novelist Rosamunde Pilcher, it is the latest instalment in one of the most enduring cross-cultural links between the two European nations, entering its third decade in spite of Brexit, Covid-19 and the author’s death in 2019. Pilcher’s books have sold more than 12m copies in Germany, been turned into more than 160 German TV dramas and used to help to bring about 112,000 Germans to England’s rugged southwestern tip every year before the pandemic, making it Cornwall’s biggest overseas market for tourists. Now even the British government has caught on, pitching her romantic universe as a key draw for German diplomats ahead of this month’s G7 summit. The man who has done most to fire up Germany’s love affair with the Cornish romance writer is another product of a British-German collaboration: Michael Smeaton, the Münster-born, half-Scottish TV producer whose company FFP New Media adapted Pilcher’s novel The Day of the Storm ( Stürmische Begegnungen) for German television in 1993. Since then, Smeaton has produced between four and six Pilcher adaptations a year. With the author’s back catalogue translated to the small screen, recent films have started to mine the short stories and story fragments discovered after the author’s death in February 2019, aged 94. With pandemic travel restrictions likely to ease in coming months, Smeaton said he hoped to make a further four Pilcher films in Cornwall before the end of the year, even if post-Brexit red tape meant additional paperwork. The secret of the Pilcher films’ German success, he said, was their escapism: “They evoke romantic ideas of English traditions that don’t exist in Germany.” In the Sunday night slot, the films compete with Germany’s long-running police procedural Tatort, and try to offer an antidote, with no violence, reliably happy endings and only the chastest of sex scenes. There are go-to spots that form part of the sightseeing circuit for German tourists, such as the Bedruthan Steps beach, the cliffs at Land’s End and Prideaux Place, an Elizabethan manor house overlooking Padstow Harbour. German actors larking about in National Trust settings on TV have a tradition in Germany that goes back to the 1960s, with a series of more than 40 detective stories based on the works of crime writer Edgar Wallace. Cornwall is what the Anglo-German cultural historian Rüdiger Görner calls one of the prime destinations of “German yearnings for ‘being elsewhere’”. The county is also intimately connected with the mythology of Richard Wagner’s Tristan and Isolde, its “green shores” popping up in the opera’s opening scene. Between Wagner’s opera and Pilcher’s soap-opera, said Görner, a professor of modern German literature at London’s Queen Mary University, there was Wolfgang Hildesheimer’s 1971 book Times in Cornwall, a landmark text for postwar German travelogues. One of the rules of a modern-day Pilcher films, said producer Smeaton, was that there would be no scenes set in supermarkets, on motorways or against the backdrop of electricity poles. Red phone boxes, sheep and cream teas were a must. “At the end of the day, these are fairytales that people want to see, not modern life.” 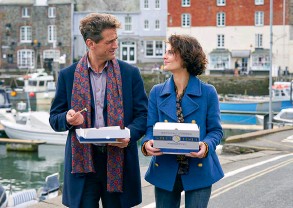 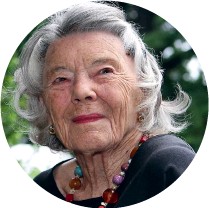