Visitors look at the new British Normandy Memorial at Ver-sur-Mer in France, which was officially opened on Sunday 6 June, the 77th anniversary of the D-day landings that led to the liberation of France and Europe from German occupation. The memorial records the names of the 22,442 servicemen and women under British command who fell on D-day and during the Battle of Normandy whose names have never, until now, been brought together. 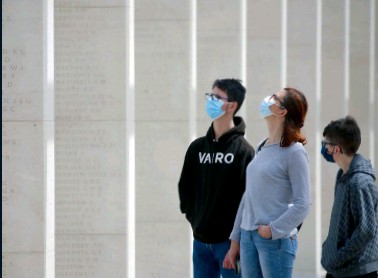